To keep pace with the rapid growth of Internet traffic, service providers have been seeking to improve fiber capacity and wavelength spectrum efficiency in their networks. In response to this situation, DWDM technology is emerging. DWDW is an optical multiplexing technique for increasing the bandwidth of existing fiber networks. DWDM transceivers are important parts of DWDM network, which provide high-capacity and long-distance transmissions. Let’s take a closer look together.

What are DWDM and DWDM Transceiver?

DWDM refers to dense wavelength division multiplexing, which is a technology that gathers data signals from different sources, enables them to share a single optical fiber pair while the separation of data streams is ensured. It supports up to 80 simultaneous wavelength channels, with each of the channels only 0.8nm apart. The technology creates multiple virtual fibers thus multiplies the capacity of the physical fiber cable. It is applied to increase bandwidth over existing fiber networks and transmit data for longer distances.

DWDM transceiver is a kind of fiber optic transceiver with its own features and functions. It is designed for single-mode fiber transmission and operates at a nominal DWDM wavelength from 1528.38 to 1563.86 nm (Channel 17 to Channel 61) as specified by the ITU-T. Like other transceivers, it converts the electrical signal to optical signal and vice versa. The transceiver can support up to 10 Gbps and span a distance up to 120 km, which makes itself stand out in high-capacity and long-distance transmissions.

DWDM transceivers are available in different types, which can support transmission rate from 155 Mbit/s to 10 Gbit/s. Here are the common types of DWDM transceivers classified based on data rate, form factor and fixed or tunable wavelength.

From the Perspective of Data Rate

From the Perspective of Form Factor

From the Perspective of Fixed or Tunable Wavelength

In DWDM systems, a large number of DWDM transceivers with different wavelengths, data rates and form factors are required to satisfy network flexibility in optical network. Now that you know all the types of DWDM transceivers, you can compare them with each other and find the one you need. FS.COM provides a variety of transceivers including those mentioned above. High-quality and cost-effective products, intimate service only at FS.COM. You won’t want to miss it.

Related Articles
Everything You Need to Know Before Buying CWDM and DWDM SFP+ Transceivers
An Overview of DWDM Technology and DWDM System Components
How to Enhance the Optical Signals for a Long DWDM System? 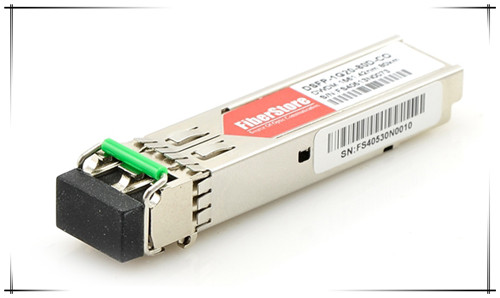 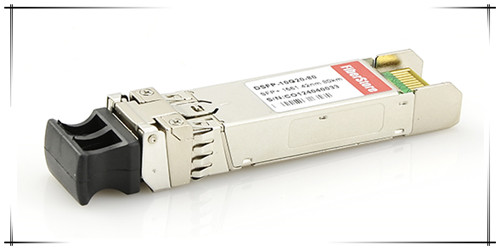 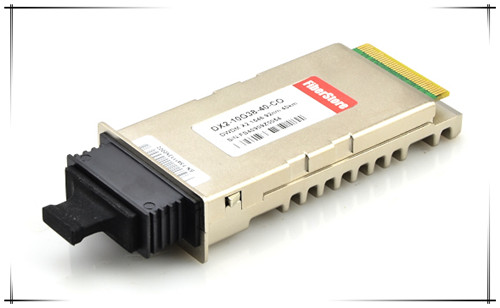 Traditionally, SONET platforms have been dedicated to services that could be encapsulated within SONET frames. Today vendors not only can deliver SONET services from MSPPs, but they also can hand off these services in a DWDM wavelength service.

DWDM can be implemented with an MSPP in two ways. Most often when you think about DWDM systems. However, the multiplexing of multiple light source is always a “passive” activity. Wavelength conversion and amplification is always the “active” DWDM activity.

MSPP chassis with integrated DWDM optics in which the optics cards (in this case, OC-48s) use one of the ITU wavelengths and interfaces to an external filter. This filter multiplexes the wavelengths from various optics cards within multiple chasses and transports them over the fiber, where they are demultiplexed on the MSPP because the filter is a separate device.

This inefficient use of the rack and shelf space has led to the development of active DWDM from the MSPP. With active DWDM, the transponding of the ITU wavelength to a standard 1550-nm wavelength is performed by converting the MSPP shelf into various components required in a DWDM system. This conversion has greatly increased the density of wavelengths within a given footprint. For example the kind of passive DWDM, only 16 wavelengths could be configured within a bay, 4 per chassis. With today’s multiport, multiport optical cards, this density can be doubled to 8 wavelengths per shelf and 32 per rack.

With the integrated active DWDM solution, one MSPP chassis can be converted into a 32-channel multiplexer/demultiplexer using reconfigurable optical add/drop multiplexer (ROADM) technology. Other chassis can be converted into a multiplexer (OADM), which can receive and distribute multiple wavelengths per shelf. The implication of this is that up to 32 wavelengths can be terminated within a bay or rack, a factor of eight times the density of even early MSPPs using a passive external filter. The traffic from within each wavelength dropped into an MSPP shelf from the ROADM hub shelf can be groomed or extracted from the wavelengths carrying it, as needed, and dropped out of the OADM shelves. ROADM is an option that can be deployed in place of fixed-wavelength OADMs. Cisco Systems ROADM technology, for example, consists of two modules: 32-channel reconfigurable multiplexer (two-slot module), 32-channel reconfigurable demultiplexer (one-slot module). Use of software-provisionable, small form-factor pluggable（SFP）client connectors, and wavelength tunability for reduced card inventory requirements. Multilever service monitoring: SONET/SDH, G.709 digital wrapper, and optical service channel for unparalleled service reliability.

With so many advantages, one of the disadvantages is that parading shift is required to move the market toward MSPP-based DWDM. This slow migration is keeping vendors at bay in terms of development as they try to balance investment in the future with today’s revenue. The widespread introduction of this technology, however, DWDM price also should be considered. The price of DWDM transceivers is typically four to five times more expensive than that of their CWDM counterparts. The higher DWDM transceiver costs are attributed to a number of factors related to the lasers.

Several ways exist for protecting an MSPP-based DWDM system in the event of a fiber cut or signal degradation. Such protection options include client protection, Y-cable protection, and wavelength splitting.

Reliability for these options varies, depending on the client network architectures and service-level agreements (SLA) provided to the client. Thus, there is no “one size fits all” approach to protection.