Maybe you are not quite familiar with the term “twisted pair” but you might have been accustomed to using Ethernet cables and Ethernet patch cables in your daily life. Among all the Ethernet cables, currently, Cat5e, Cat6, and Cat6a cables are the most popularly used types.

What the Ethernet Cable Is

Usually, the Ethernet patch cable is used to connect devices within a local area network (LAN), metropolitan area network (MAN), and wide area network (WAN), such as PCs, routers, and switches. In order to reduce the interference between internal wires and external wires, twisted pair (a cable twisting technology) is adopted to be the basis for all Ethernet cables. Totally, the Ethernet cable consists of seven types: Cat3, Cat5, Cat5e, Cat6, Cat6a, Cat7, and the latest Cat8. Here, “Cat” stands for their “Category,” and the number with it refers to the specifications to which the cable was manufactured. Usually, the higher number indicates its speed is faster and frequency is higher (measured in Mhz). Every type has its unique features applying in different situations. Currently, Cat3 and Cat5 Ethernet cables have been out of stage for their bad performance. You can hardly see them in our daily life. As for the most used Ethernet cables, Cat5e, Cat6, and Cat6a will be chosen by most of the users. Therefore, in this article, we will make a contrast for these three types and hope it can provide a reference for how to choose an Ethernet cable.

The letter “e” in Cat5e represents “enhanced”, which means the Cat5e patch cable is an enhanced version of Cat5. It’s designed to support up to 1000 Mbps or Gigabit transmission speed and 100 Mhz Brandwidth. Besides, the Cat5e cable can greatly reduce the crosstalk. The crosstalk refers to unwanted signals are transferred between communication channels. In that way, contrasting with Cat5 cables, Cat5e cables share a faster speed, more steady network, and low production cost. 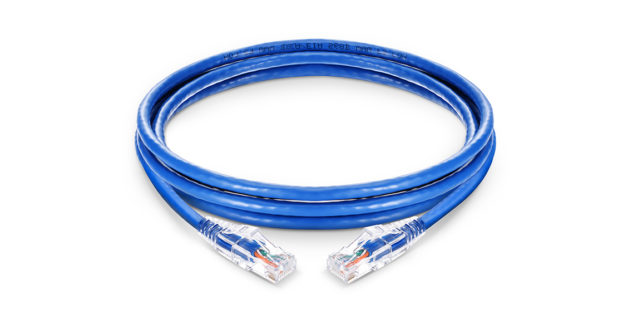 As an improved version of Cat5e cables, the Cat6 cable speed can achieve up to 10 Gbps and the bandwidth up to 250 MHz. It’s a more tightly wound than those of their predecessor and is often outfitted with foil or braided shielding. This shielding protects the twisted pairs of wires inside the Ethernet cable, helping to prevent crosstalk and noise interference. One thing should notice is that the Cat6 cable supports higher data rates of 10Gbps. However, the transmission speed at 10Gbps is only supported over distances of 37-55 meters.

The letter “a” in Cat6a means “augmented”. In contrast with Cat6 cables, Cat6a cables can support data transfer rates of up to 10Gbps at a maximum bandwidth of 500MHz over longer cable lengths (100 meters). It’s backward compatible with Cat6 and Cat5e. Similarly, the Cat6a also reduces the crosstalk among the pairs, which further reduces the delay in the cables. 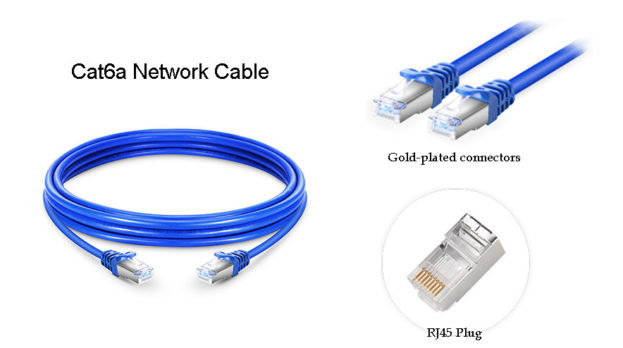 Through this article, you will have a clear mind about the differences among Cat5e, Cat6, and Cat6a cables and how to choose the right one. For 10GBASE-T users, you can get more details from this article: Running 10GBASE-T Over Cat6 vs Cat6a vs Cat7 Cabling? Hope this article can make a difference in helping you out.